Posted by Phil Freeman at 7:56 AM No comments:
Labels: awesomeness, j-pop, youtube 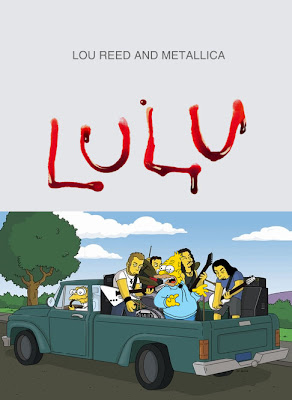 Posted by Phil Freeman at 7:58 AM No comments:

How come nobody told me about this awesome video until today? 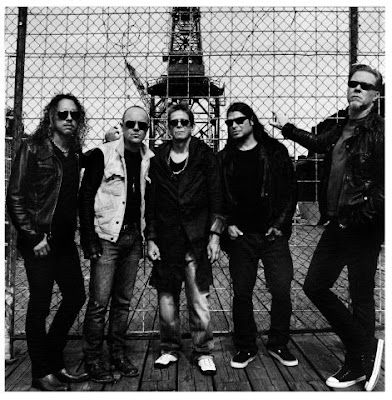 The steady trickle of information about Lulu, the collaboration between Lou Reed and Metallica, is kind of wondrous to behold. Stanley Crouch once quoted Nietzsche on Wagner in describing Miles Davis's electric period as "the greatest example of self-violation in the history of art." I think we have a new trophy contender.

I confess a bias. I have never liked Lou Reed's music very much. I have tried, many times, to like it, but it has never sunk in with me. I bought The Velvet Underground & Nico on vinyl when I was in high school, and listened to it over and over. There were one or two songs I sort of liked - "I'm Waiting for the Man" had a piano part that stuck in my head, and "Run Run Run" was sort of catchy. But the bulk of it was, to my ear, extremely poorly played attempts at rock, and little more. The band seemed to be stumbling all over itself just trying to get through the songs, and nobody involved could sing worth a shit. Reed just seemed to be reciting the lyrics, as though they wanted to get rough versions down on tape which they would then provide to the real singer, once he or she turned up.

I have listened to several other Reed and/or Velvet Underground albums over the years: Loaded, White Light/White Heat, Rock 'n' Roll Animal, Lou Reed Live, The Blue Mask, Legendary Hearts, New York, The Raven, Metal Machine Music, and Songs for Drella - oh, and the old RCA Walk On the Wild Side: The Best of Lou Reed compilation - have all lived in my house at one time or another. Out of all those records, exactly four songs have actually, really worked for me:

"Waves of Fear," from The Blue Mask;
"Nowhere At All," from Walk On the Wild Side: The Best of Lou Reed;
"Sweet Jane," from Rock 'n' Roll Animal;
"Strawman," from New York.

So no, I am not a fan. And in fact I bear Reed a kind of animus at this point, because as a music critic, I pay attention to artists other critics tell me I should care about, and Lou Reed is fucking worshipped by critics. He invented punk; he's some kind of genius of the electric guitar; his lyrics cut through the flesh and bone to the beating heart of contemporary human existence...blah blah blah. If it wasn't for all the rapturous reviews over the years, I would have given up trying to like Lou Reed years before I did.

With this in mind, I have thoughts about Lulu. Based on the one song I've heard, "The View," I think it's going to be a staggeringly bad album. Reed sounds cranky, tired, and old; Metallica sound like a band recruited to accompany him, like one of the local outfits hired to back Chuck Berry in whatever town he's playing that night. I don't know James Hetfield, Kirk Hammett, Robert Trujillo or Lars Ulrich. I don't know if they're lifelong Lou Reed fans, or if they're just there because he asked them to be there and they were too intimidated to say no, just like for years I was too intimidated by the reputations of the critics praising Lou Reed to say no, this album (whichever one I was being told to love at the time) is boring, lazy bullshit. But what they're playing behind Reed on "The View" has none of the power of their own most recent studio album, Death Magnetic.

Metallica are a great band. By making this kind of ham-fisted doom-thrash as Lou Reed mutters and shouts (and the song is mixed in such a way that it sounds like he's reciting the lyrics over a tape of the band he's playing on a boombox), they are throwing away their reputation as songwriters, as riff craftsmen...for what? For the chance to have their names next to Lou Reed's on an album cover? They don't need him. The worst-selling Metallica studio album has likely outsold every Lou Reed and/or Velvet Underground album put together. All Reed brings to the equation is near-unanimous critical approbation and the prestige that comes with that. But Metallica have critical respect on their own, hard-won through decades of solid work (minus a bad stretch in the '90s and early '00s) and brutal, breathtaking live shows. I genuinely don't know why they took this project on. And I suspect I'll never have the opportunity to ask. But at least I know better than to listen to the thing when it's shat onto store shelves a little over three weeks from now. I've been burned by Lou Reed enough times already.
Posted by Phil Freeman at 7:57 AM 8 comments:
Labels: lou reed, lulu, metallica, miles davis, stanley crouch, velvet underground
Newer Posts Older Posts Home
Subscribe to: Posts (Atom)