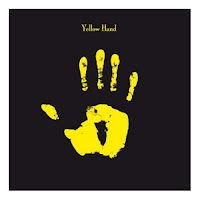 YELLOW HAND
Yellow Hand
Fallout
This impossibly rare 1969 album, newly reissued on the ethically dubious Fallout label, is worth your attention for a couple of reasons. First of all, it's an excellent example of late '60s/early '70s West Coast country-psych-rock, á la Buffalo Springfield or the Byrds. But more importantly, it's a treasure trove of lost songs by two of the biggest names in that genre, and indeed in rock of the '60s and beyond, period. For reasons lost to history, this barely-released disc by a bunch of never-was talents contains two otherwise unrecorded Neil Young songs, and four equally forgotten tracks by Stephen Stills. These songs were written and demoed during the Buffalo Springfield era, but never released by that band, so this CD is your best chance to hear lost Young and Stills material, played well by a group you've never heard of. The album's other four songs are pretty good, too.
Posted by Phil Freeman at 7:00 AM