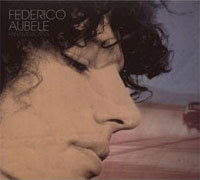 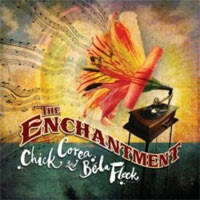 That track is a genuine standout. Corea plays the melody line and embellishes it organically, while Fleck hovers in the background like some kind of tiny robot hummingbird, only briefly taking the lead role himself. That's followed by the title track, though, which brings us back to the pattern of simultaneous monologues, punctuated by cursory acknowledgement by each player that there's another musician in the room.
Posted by Phil Freeman at 7:10 AM No comments:

Posted by Phil Freeman at 9:33 AM No comments:

Collie Buddz
With Umojah alongside DJ Tommy Fox. Friday, August 17, at the Grog Shop, Cleveland Heights.
Collie Buddz (born Colin Harper) is a white dancehall artist signed to Sony. He sounds like a quick answer to the question "Why is the record industry in trouble?" I mean, it's bad enough being a white dancehall artist, but one named after pot? Choosing a weed reference for a stage name screams, "I'm an asshole with nothing valuable to contribute." [Read the rest here.]
Posted by Phil Freeman at 7:59 AM No comments:

TOMAHAWK
Anonymous
Ipecac
The most conventionally rocking ensemble of Mr. Bungle and Fantômas frontman Mike Patton have finally embarked on a project worthy of their name with this release. Unfortunately, they also kind of drop the ball. The music is based on Native American pieces documented in a book found by guitarist Duane Denison, formerly of Jesus Lizard. He and drummer John Stanier recorded backing tracks - bassist Kevin Rutmanis has left the group and no replacement has been announced - and sent them to Patton, who laid his own vocals, electronics and effects on top.

Regrettably, rather than simply using chants, Patton has also written lyrics for many of the songs. Thus "Sun Dance" is actually a song on which he shouts "We're dancin' in the sun/Won't you come along" like he's in a third-tier '70s rock group. "Mescal Rite 1," which features vocals but no lyrics, is much better, despite echoey tablas and humming New Age electronics in the background.

The original idea's merits are apparent when Patton keeps quiet and lets Denison and Stanier interact. Their riffs and rhythms start as Native American-style throbbing, but expand into post-punk space without becoming goofy pastiche. But as is often the case when artists appropriate Native American imagery (or, in this case, the actual music), good intentions are often crushed by lunkheaded execution. This trio should have either gone totally instrumental, or limited Patton to the vocal exhortations on his Fantômas project.
Posted by Phil Freeman at 1:28 PM No comments:

Finished William Gibson's Spook Country last night (he's signing here in NYC tonight, but I don't think I'll go). It's pretty good; as a diehard member of the cult, I am not disappointed. The language is as spider-precise as ever, and - big step here - he's got a new story to tell.

Here is the William Gibson Plot, as iterated in every book from Neuromancer through Pattern Recognition: Young-ish but jaded person with some preternatural but utterly mediaverse-related skill/talent/ability is roped into a quest for some mysterious objay dart or cyborg critter that's loping about the net causing disruption. Dark forces chase said young skilled/talented person, and ethically gray-area forces assist. By the end, multiple plotlines converge as young skilled/talented person comes face to face with the creator(s) of the objay dart, and everything winds down kinda ambiguously, but happily.

This time out, maybe because the book is quite explicitly present-day (February 2006), there's not so much mysteries-of-the-net hoo-ha. In fact, the MacGuffin everybody's chasing is about as prosaic an object as you can imagine: a 40-foot shipping container. The fun comes not from the quest for the metal box and what's within, but from the interactions between the characters, who include a family of illegal-immigrant spy kids, a former alt-rock singer turned journalist, and Hubertus Bigend, the shadowy Belgian billionaire who was the comic heart of Pattern Recognition. I'm not gonna talk about the plot. Go buy it.
Posted by Phil Freeman at 8:58 AM No comments:

THIS IS ME SPEAKING

I'm gonna be interviewed by Steve Fast, talking about Marooned (go buy one!) and related subjects, on Monday August 13, on WJBC radio in Bloomington, IL. If you're in broadcast range, check it out. Or listen here.
Posted by Phil Freeman at 8:41 AM No comments:

PEOPLE
"Urban Fable #1: The Accidental Ruin Of A Romantic Populist"
from Misbegotten Man (I and Ear)
Don’t be put off by the opening 45-or-so seconds of this track (before the guitars get loud) from New York skronk-pop duo People. Yes, Mary Halvorson sings in a voice that’s got a little too much fairy-princess and precious-little-girl to it, and yes, her delivery seems indebted to ’80s Hollywood movie parodies of Greenwich Village performance artists, and yes, Kevin Shea’s drums are manic in a way that’s more “how many of these can I hit in the shortest span possible” than the free-jazz that’s his actual background, so the only thing holding it all together for a while is the delicate guitar melody. All of a sudden though, Halvorson steps on the pedal (“foot on the pedal/Never ever false metal”—Beastie Boys) and things get almost Minutemen-esque. Which is never, ever a bad thing. [Read the rest here.]
Posted by Phil Freeman at 8:38 AM No comments:

CLOAK/DAGGER
"Runways"
from We Are (Jade Tree)
The riff anchoring this 99-second shitstorm has the fury of pre-Rollins Black Flag (it’s a close cousin to “Nervous Breakdown”), but the discipline of X’s Billy Zoom. Cloak/Dagger call themselves a hardcore band, and that’s sort of accurate, but they’re clearly cognizant of punk’s limitations even as they get off on the rush of mounting this kind of headlong sonic assault. [Read the rest here.]
Posted by Phil Freeman at 8:26 AM No comments:

IF THEY MOVE, KILL 'EM

The new High On Fire album, Death Is This Communion, is currently streaming at the Relapse Records website, but you need to get a password from the publicist to hear it. On the surface, it's just another High On Fire album, but there are some subtle tweaks - Matt Pike's become a slightly better songwriter, offering some actual choruses this time out. This helps make it not necessarily one of the year's best metal releases (Machine Head and Arch Enemy are kicking my ass), but a damn good one. It's not crushing my head the way Blessed Black Wings did, but that's because, as I mentioned, the songwriting is a little more tempered this time out, a little more influenced by the melodic side of Motörhead (if that phrase makes sense to you, you're the target audience for this album). The song "Rumors Of War," which I think can be heard on the band's MySpace page, could have come off any of the last three Motörhead albums. Plus, I think I prefer Jack Endino's production to Steve Albini's - you can hear more than just the drums this time.
Posted by Phil Freeman at 11:43 AM No comments:

CONCENTRICK
"Sacred Texts"
from Aluminum Lake (Drag City)
It’s a shocking thing indeed to find oneself with a single positive thing to say about anything produced by a member of the Fucking Champs, a band that exemplifies all that’s wrong with indie rock’s appropriation of metal tropes. But Tim Green’s side project has plenty to offer it seems. [Read the rest here.]

This week in the Voice:

HASTA LA MUERTE
Vintage thrash metal is back with a vengeance, and it's speaking Spanish

MySpace is a baffling labyrinth—it'll consume your whole day if you let it, and you'll usually come away depressed by what you hear and see. But click the right link, and you can be neck-deep in a wondrous new world before you realize what's happened. Or, in this case, a very old world that's somehow revived itself and gone bilingual.

For some reason, '80s-style thrash is making a major comeback in the metal underground, led by a wave of Latino-dominated bands from Southern California, Mexico, and South America. These new disciples are hardcore, sporting the Metallica-circa-'83 look—denim vests, bullet belts, tight jeans—and generally paying heartfelt tribute to the old school in their band photos, logos, and demo titles. Almost all these groups are unsigned, playing tiny shows with each other and maintaining a Net-based scene. Whereas their '80s counterparts mailed home-dubbed cassettes out to a circuit of zine-writing pen pals, these bands all stream (often downloadable) music on their MySpace pages. [Read the rest here.]
Posted by Phil Freeman at 7:55 AM No comments:
Newer Posts Older Posts Home
Subscribe to: Posts (Atom)