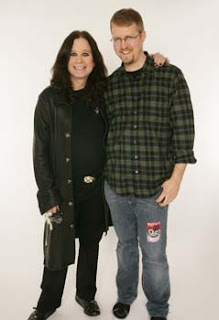 Posted by Phil Freeman at 3:40 PM No comments:

When did you ever imagine you'd see a piece by Raymond Pettibon on the New York Times op-ed page?
Posted by Phil Freeman at 8:08 AM No comments:

IT'S THAT TIME AGAIN

Here are my album choices (I didn't vote for singles) for this year's Village Voice Pazz & Jop poll. Ten points each, as always, but this year I actually ranked them in order of the raw pleasure they gave me in '07 - the only real qualifier for such a thing* - instead of just listing them alphabetically, as I've done in previous years.


*Though to be totally honest, if Pimp C hadn't died, my #1 and #2 albums would have switched places. That Tego disc is just bonkers.
Posted by Phil Freeman at 1:22 PM No comments:

The other day, a nice Canadian fella (is there any other kind?) called me up at the Metal Edge office, disrupting my enjoyment of Korperschwache's Sacrifice Of The Ouroboros (I See Your Bleached White Skulls On A Long And Pointed Row Of Bloodstained Sticks) to ask me some questions about Marooned and The Death And/Or Continued Zombie-Like Existence Of The Album. A few tiny snippets of that conversation, and a link to my L.A. Times op-ed from September, can be found here.

[Have I mentioned that Marooned makes an excellent holiday gift? Available now, at shockingly reasonable prices...]
Posted by Phil Freeman at 7:22 AM No comments:

BEST/WORST HEADLINE OF THE YEAR

Your call. (I laughed out loud.)
Posted by Phil Freeman at 8:16 AM No comments:

WHY DOES EMILE HIRSCH WANT TO DESTROY MY BRAIN?

The trailer for the Wachowskis' (can't really call 'em the Wachowski brothers anymore, I guess) Speed Racer movie is viewable here. My take: It starts off a really good kind of holy-fucking-shit, but devolves into a sad head-shaking aw-shit by the end. I'm still gonna go see it, though. At worst, it'll be like a super-high-budget version of the Rollerball remake.
Posted by Phil Freeman at 11:27 AM No comments:

WHAT I READ WHEN I'M NOT WRITING

As is so frequently the case, I'm about halfway (or a little past halfway) through several books right now, including The Iliad, Alex Ross's The Rest Is Noise, and William Manchester's A World Lit Only By Fire. I've been slow to crunch through all of those because I've been reading mainstream fiction lately, too - a couple/three books by Harlan Coben (subject of a fascinating Atlantic profile a few months back), and Michael Crichton's Next. The latter intrigued me more than I thought it would. Crichton's prose is...well, to call it "serviceable" would be over-generous. It's crude, so much so that I found myself re-writing it in my head as I went. The book's structure is initially episodic, only congealing into a single narrative thread in its final quarter, and I had the feeling he was aiming for Burroughsian fracturing á la Naked Lunch - a series of incidents that make a larger point - but eventually it became just another techno-thriller, albeit one soaked in nerdy irony. Gawrsh, you mean DNA mapping technology could be used to venal ends by the creatively unscrupulous? Wowzers!

Anyway, this weekend, I grabbed up another book I figured I could pound through quickly - Steve Martin's Born Standing Up, a well-reviewed memoir of his early life and stand-up career. It's a short 200 pages or so, and Martin's style is clear and concise. Only a few lines seem like he thought they were funnier than they are, in the manner of his New Yorker essays. When he sticks to fairly straight storytelling, it's fascinating, and when he talks in relative depth about the carefully considered development of his stand-up style, it becomes very much worth the purchase price.

I should be clear: I don't find Steve Martin funny very often, and the only bit of "serious" acting he's ever done that I liked was his role in David Mamet's The Spanish Prisoner. The less said about stuff like The Jerk, The Man With Two Brains, Dead Men Don't Wear Plaid and Grand Canyon, never mind Parenthood or the Father Of The Bride movies, the better. But I greatly enjoy showbiz pros talking about the effort that goes into the generation of what seems effortless onstage. I love Penn and Teller and Ricky Jay for doing this for magic and sleight of hand, and in Born Standing Up, Martin puts his own comedy under the microscope, explaining how and why he arrived at the persona and style he rode to great success in the 1970s. There's very little repetition of actual jokes he performed - this isn't one of those comedians' books that consist of a transcription of the stage act. It's not a comedy book. It's a book about comedy, and a comedian's life. So if that interests you, by all means check this book out.
Posted by Phil Freeman at 7:55 AM No comments:
Newer Posts Older Posts Home
Subscribe to: Posts (Atom)