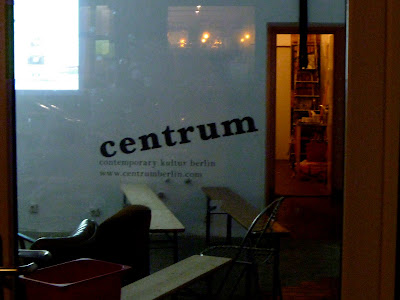 So I went to Berlin for a few days, to give a talk about German thrash (Destruction, Kreator, Sodom and a bunch of lesser-known acts) at Centrum, a small independent art space, and walk around and see some museums, the zoo, and whatnot. I took a whole bunch of crappy photos, too, and you can see them below, now that my wife has made them halfway tolerable to look at.

This was my hotel, which looked from the outside like a spaceship from The Fifth Element or something: 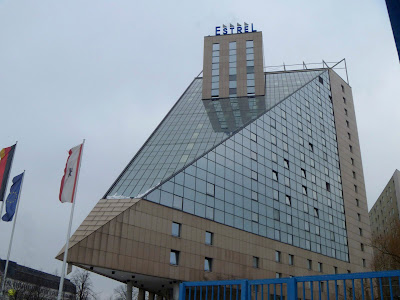 This is the Berliner Dom, a cathedral: 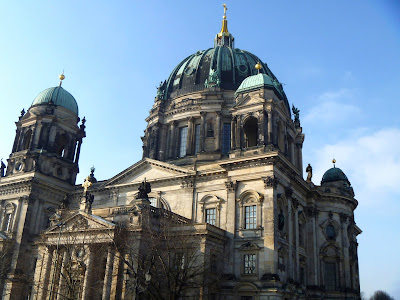 This is an art museum, which I didn't go inside (I did go inside the Neue Nationalgalerie, where they show modern art, but I didn't take any pictures in there or in the Museum of Musical Instruments, which was creepy and fantastic): 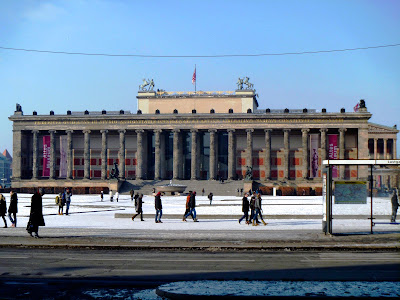 This is, of course, the Brandenburg Gate, which I walked through: 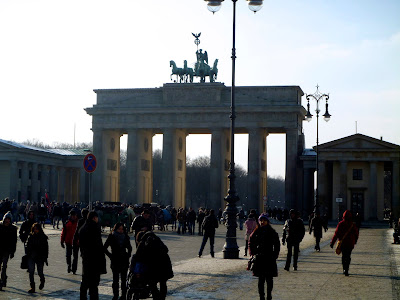 That's it for historical-touristy stuff. On my second day in the city, I went to the zoo. Here are some pictures of animals.

A penguin, who didn't seem all that happy about having his picture taken: 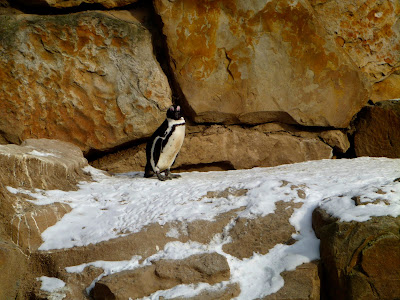 A seal, who was only too happy to hang out posing for photos and scratching himself with his tail: 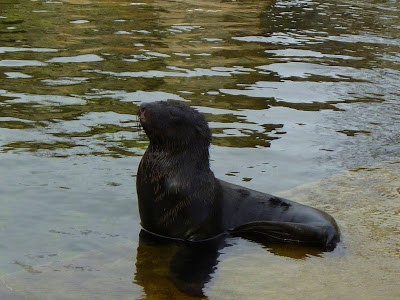 A wolf (I looked around for Liam Neeson, in case he came through the Plexiglas): 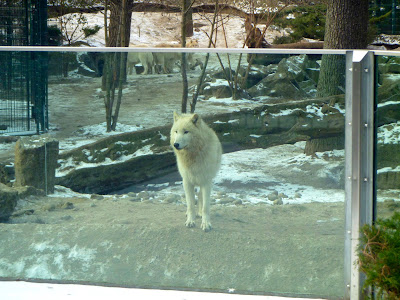 Something called a dune cat, which was about the size of a regular house cat and which spent most of its time running frantically back and forth—I grabbed this shot in a rare moment of stillness: 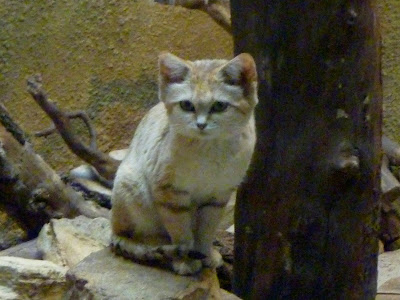 And here's a panda: 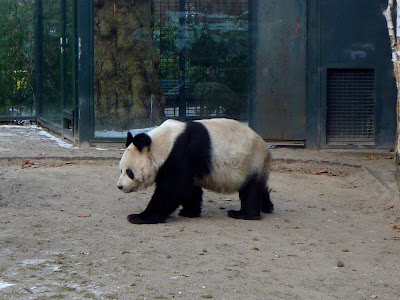 Also, the Berlin Zoo apparently had quite a famous gorilla once, named Bobby. He's dead now, but there's a statue of him, and a plaque that tells his story (if you can read German): 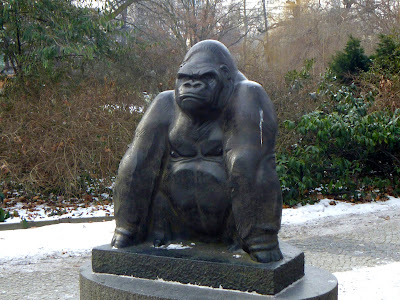 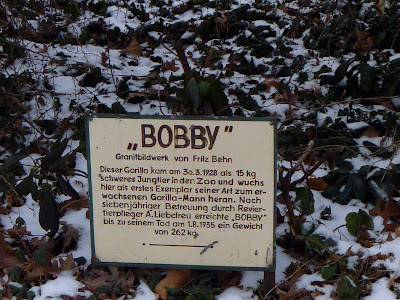 Frankly, I wish I'd had more time to spend in Berlin. The people were really nice, the food was good, and there was a lot of stuff I didn't have time to see (like the giant Gerhard Richter exhibit opening at the Neue Nationalgalerie today). I hope to return one day, and bring my wife this time.
Posted by Phil Freeman at 5:30 PM No comments:
Labels: berlin, centrum berlin, destruction, dune cat, german thrash, kreator, panda, penguin, seal, sodom, wolf

Also got one new CD:

There is nothing wrong with your day that this video can't fix.