YOU KNOW, EXCEPT FOR THE SLAVES

The New York Times printed the following paragraph today (in an op-ed by Chrystia Freeland), apparently without irony:


IN the early 19th century, the United States was one of the most egalitarian societies on the planet. “We have no paupers,” Thomas Jefferson boasted in an 1814 letter. “The great mass of our population is of laborers; our rich, who can live without labor, either manual or professional, being few, and of moderate wealth. Most of the laboring class possess property, cultivate their own lands, have families, and from the demand for their labor are enabled to exact from the rich and the competent such prices as enable them to be fed abundantly, clothed above mere decency, to labor moderately and raise their families.”

FOUR DECADES ON THE CORNER 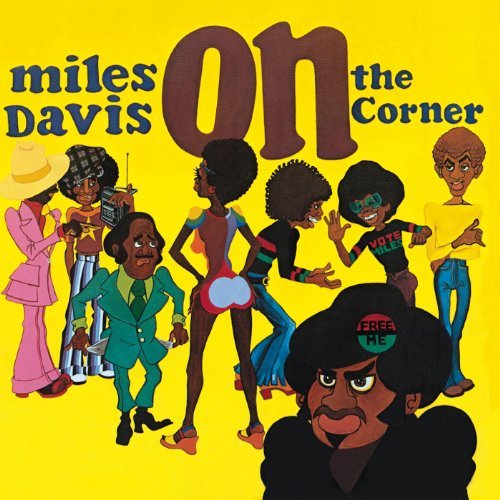 Miles Davis's On the Corner, which is my favorite album by anyone, ever, was released 40 years ago today—October 11, 1972. In my book Running the Voodoo Down, I devote an entire chapter to it; in that chapter, I wrote the following:

It's hard for me not to get hyperbolic about the importance of On the Corner in the development of Miles's music, and music as a whole, throughout the 1970s and early 1980s. Sure, it's a dead end, artistically. Davis never attempted a record of On the Corner's complexity again. His sound became more guitar-heavy, and rhythmically simpler, in the three years that followed. The studio recordings on Get Up With It, while still employing overdubs and careful, dramatic post-production editing, were for the most part more organic-sounding than On the Corner's electronic sound-storm.


But on the other hand, the album was so forward-looking that it's not really surprising that its impact took years to register and is in fact still being felt. Many of its rhythms sound more like the disco-punk of the late 1970s and early 1980s (the music of bands like Konk, Material and the Contortions) than like anything else in fusion. Further, its overdubbing, thick and repetitive basslines, and looped percussion link it to hip-hop and dub reggae. Far from ceding any ground to pop trends, On the Corner directly challenged funk, rock, and jazz players alike: Everyone working at the time had to deal with what they were hearing.


Every time I listen to On the Corner, I seem to hear a new sound, whether it's a percussive rattle or a mewling or growling trumpet, guitar, saxophone, organ, or unidentifiable instrument. It hypnotizes me, focuses my attention, makes my nerves twitch, makes me walk funny...like I said, it's not just my favorite Miles Davis album, it's my favorite album by anyone, ever. To my ear, it's a perfect piece of music, an endlessly swirling, chaotic puzzle I don't really want to ever "solve."

Here; listen for yourself.

Posted by Phil Freeman at 6:02 PM No comments:
Labels: get up with it, konk, material, miles davis, on the corner, running the voodoo down, the contortions
Newer Posts Older Posts Home
Subscribe to: Posts (Atom)