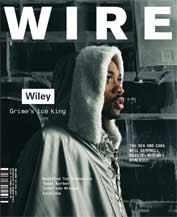 MICHEL LAMBERT
Unclouded Day
Ayler
Québecois drummer Michel Lambert has recruited some heavyweight companions for this disc. New York violinist Mat Maneri plays on seven of ten tracks, while guitarist Raoul Björkenheim appears on all but one, and vocalist Jeanette Lambert sings/chants the poetry of Emily Brontë on three. Things start off skittery and heavy, with Björkenheim crunching loud and metallic as Lambert rattles around his kit - one could be forgiven for misidentifying them as Han Bennink and Caspar Brötzmann, or perhaps something by the original line-up of Noxagt. When Maneri enters on the third track, proceedings get markedly more interesting. On "Blow West Wind," Lambert plays with brushes while Maneri offers Gypsy-like lines and Björkenheim sticks to the lower end of his instrument's range, sounding at times almost like a guimbri. On the next track, Björkenheim slides his fingers across the strings to create a cello-like sound, exploring some weird territory between classical, improv and prog rock.
Lambert's voice is relatively thin and her delivery is unconvincing. Nevertheless her presence on three tracks brings something out of the other three players, Björkenheim backing her with swaths of squalling noise, as Michel steps up his game. Ultimately, this is a winning live document of a group who are unlikely to reconvene anytime soon.
Posted by Phil Freeman at 8:18 AM