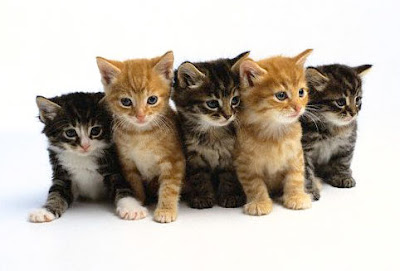 I finished reading The Idiot two or three nights ago, after a months-long struggle. There were never any times when I considered just abandoning the thing, but plenty when I thought, "I need to go read something else for a while." I'll admit it; a big part of it was the names. The way Russian names are written out - "Soandso Soandsovich" or "Whatsername Whatsernamova" - really annoys me, but then giving everyone nicknames by which they're also referred to got confusing and irritating at times. Also, because I let long intervals pass during which I'd go read something else, I frequently found myself forgetting who was related to who when I came back to the thing. But that was entirely my fault, and could be easily remedied with a quick trip to Wikipedia.

Another problem I had was just with Dostoevsky's general overwroughtness. How much of this was due to Constance Garnett's translation, and how much of it was due to the book being written in the 19th Century, is hard to say. But people are constantly in what seem to me to be absurdly heightened emotional states—clutching at their hearts, feeling physically ill as a result of some (to my mind) entirely minor social slight or passing remark, etc., etc. It's very weird to submerge yourself in a world like that if, like me, you're someone who tends to ignore all but the most overt conversational/emotional cues.

Ultimately, though, I'm glad I read the book. Not just because of the awesome ending, which I won't spoil but which I totally didn't see coming, but because I feel like Dostoevsky may not have written the book he thought he was writing. It seems to me he set out to satirize social climbers in 19th Century Russia, and he does that ably enough. Whether he successfully created the character of Myshkin is more debatable—the idea that the guy was some sort of innocent, too good for this world, doesn't quite work for me. He really does seem more like someone who's just socially maladjusted, a man who's never been trained in the blithe lies and masquerades that are necessary to navigate any civilized society during any period of human history. But what I think The Idiot is really about, and I'm not sure Dostoevsky meant it to be, is the ways in which bourgeois society drives women insane.

The two primary female characters, Nastassya Filippovna and Aglaia Epanchin, are both out of their minds. They remind me of Jack Nicholson's line from As Good as It Gets about how to write women—"think of a man, and take away reason and accountability." Their capriciousness and weird, ultimately self-destructive displays of pique make me think of an exotic bird bashing its own brains out against the bars of its cage. And the men treat them like alien creatures impossible to comprehend or empathize with, but obsessively loved for reasons that are never quite made clear. I mean, what does Rogozhin even like about Nastassya Filippovna? Does he ever even say? Does Myshkin say why he likes Aglaia? There's so much talking and talking and talking in this book, and yet no one ever lays emotional cards on the table—it's all dancing around social obligations and trying to make sure someone is an acceptable suitor.

It's a weird book. I think I'm gonna have to read it again. In about a decade.

This is the edition I bought

, if you want to read it yourself.

bravo! Great review there, mate. Though i dont agree with your thoughts about aglaia, she is a woman myshkin found so beautiful that he was afraid to stare (or even look). Id marry her any day without a second thought (i wont even argue about a virginity/aids test) She had me at "How dare you send me that love letter.... "