STUFF WHAT I HAVE WROTE, JULY 2011 EDITION 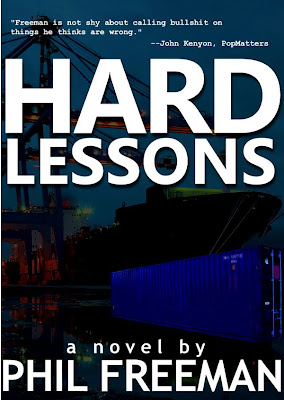 First up, remember how I mentioned I wrote a novel, Hard Lessons? Well, it's available now through multiple outlets, including Amazon.com

, BarnesandNoble.com, and Smashwords.com. You could also go straight to the publisher's website, where you can read a short piece I wrote about New Jersey in popular culture and how I hope Hard Lessons will expose a different side of my home state. The book is only 99 cents, a price I think makes it an ideal beach read for the holiday weekend. Check it out, and let me know what you think. Thanks!

Now, on to the other stuff. Here are two things I did for MSN Music:

The first was an installment of their recurring Fight Club series, on the pros and cons of music festivals. I took the "anti" side.

The second was an interview with Weird Al Yankovic. This is the second time I've spoken to him, and it went as well as the first. A blast. I may post the full-length version here soon.

Next, two reviews for Alternative Press:

VARIOUS ARTISTS
Take It Or Leave It—A Tribute To The Queens Of Noise: The Runaways (MainMan) 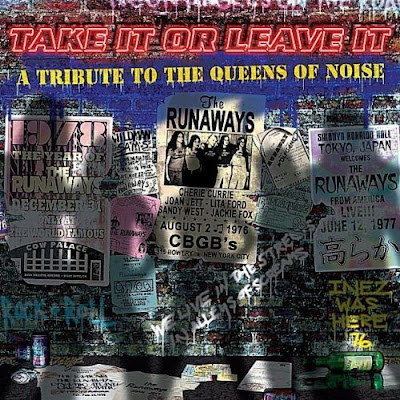 There are several problems with this two-disc tribute to the Runaways. The biggest is that it starts off almost too strong—the first disc opens with the Donnas’ version of “Queens Of Noise,” followed by Shonen Knife’s take on “Black Leather.” Those are followed by a bunch of substandard versions of the half-decent glam-punk songs that padded out the Runaways’ four-album discography. While some are pretty good (Delirium Tremens’ speed-crazed take on “Wasted,” Cali Giraffes’ “You’re Too Possessive” and particularly Tara Elliott & The Red Velvets’ steamy, blues-rock strut through “You Drive Me Wild”), others are just not.

The two biggest disappointments are the Dandy Warhols’ sludgy, zoned-out version of the Runaways’ signature song, “Cherry Bomb,” and the electro-fied duet of “Dead End Justice” by Kathleen Hanna and Peaches, two of the most annoying performers in the history of Western culture. Another puzzling thing about the compilation is that some bands have chosen to cover songs which were already covers: The Runaways recorded versions of the Velvet Underground’s “Rock N’ Roll” and the Troggs’ “Wild Thing,” both of which are redone here. Ultimately, these weak tracks (and the pointless inclusion of snippets of the band members, radio DJs and other musicians of the era talking about them) undermines the whole exercise, making Take It Or Leave It a slog when it should be a blast. (Buy it from the Amazon MP3 store) 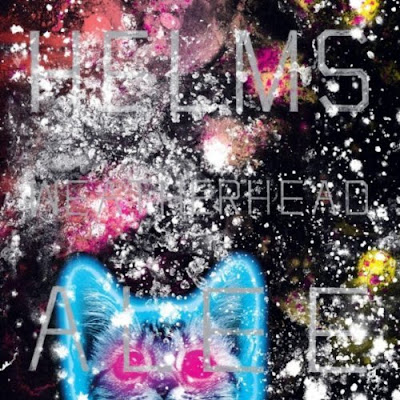 This Seattle-based trio fronted by Ben Verellen, formerly of sludgy rumblers Harkonen, can get heavy when they feel like it, but just as often, if not more so, they drift into more psychedelic, shoegazey spaces. Verellen is supported by bassist Dana James and drummer Hozoji Matheson-Margullis, each of whom also sing. In fact, the two women sing more than he does, and not just because he mostly barks and roars. James’ voice has a cool detachment that recalls Kim Gordon’s vocals on Sonic Youth’s “Shadow Of A Doubt,” and the women’s sometimes woozy, sometimes edgy harmonies are crucial to the band’s expansive, dreamy sound. When James and Verellen harmonize, on the other hand, it can be like the second coming of John Doe and Exene Cervenka of X. Ultimately, Weatherhead (the second Helms Alee full-length, following 2008’s Night Terror) sits comfortably somewhere in the neighborhood of Kylesa, Totimoshi, recent Melvins and even (maybe most of all) Baroness. There are riffs and vocal melodies on this album that could have been cribbed straight from Blue Record. This is one of the best heavy alternative rock albums of the year, combining ’90s throb with ’70s stoner riffs and thick coatings of fuzz, swirling it all into something that’s recognizably of a specific subgenre (see the work of all the bands cited above) and yet unique and heartfelt. Highly recommended. (Buy it from Amazon

And finally, 10 All Music Guide reviews:

)
Farmers By Nature, Out of This World's Distortions (Amazon link

Enjoy the holiday weekend.
Posted by Phil Freeman at 12:01 AM