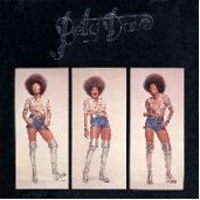 BETTY DAVIS
Betty Davis
They Say I'm Different
Light In The Attic
The trouble with being a reclusive, mysterious legend is that it encourages collectors to seek your work out more avidly than they would if you were just some rube who made an album that went nowhere. Betty Davis, ex-wife of Miles, has been an object of fascinated projection from rock and funk geeks for decades. Now that her first two solo albums have been reissued, remastered and in fancy packaging that includes interviews with the reclusive Ms. D herself, the hype's at fever pitch. 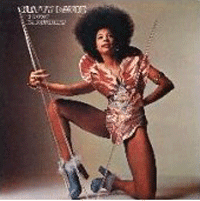 They're both good records, because she had money and friends - members of the Family Stone play on the debut, and the follow-up's band is nearly as impressive. The grooves are thick and unstoppably funky, and the female backup vocals are sassy and soulful. The problem with Betty Davis' music is Betty herself. Her voice is slightly thin, and her pitch control ain't what it should be, so she overcompensates with mannered howling and shrieking that's almost minstrelsy - she sounds influenced by white, male rock singers impersonating black bluesmen, rather than by earlier generations of black musicians, despite namechecking Bo Diddley, Lightnin' Hopkins, Robert Johnson and others on "They Say I'm Different."

Whenever she's not singing, this music soars into the stratosphere. Some of it's among the best funk of the early '70s. But when she's roaring and caterwauling, it's hard not to be convinced that absence hasn't just made the heart grow fonder, but that it's made the ear lose some of its acuity. Folks seem to be hearing what they want to hear, not what's actually slobbering all over the mic.
Posted by Phil Freeman at 7:35 AM