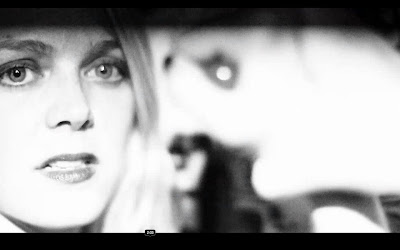 Last year, I profiled New York-based experimental electronic sextet Excepter for The Wire. I interviewed three of their members—John Fell "Jeff" Ryan, Lala Ryan, and Jon Nicholson—in person, and sent questions to two other members, Clare Amory and Nathan Corbin, by email. Today it was announced that Amory has died of cancer at age 35. In a spirit of remembrance, here are her answers to my emailed questions, in full.

How long have you been in Excepter?
I even tried to google and figure out if my first show was at Tonic or Suoni Per Il Popolo festival in Montreal, and I just couldn't remember or figure it out. I had been to every show for so long before and felt part of it. It was 2006-7 I think. Before I had been in FEAST which played traditionally structured songs and practiced 2 hrs. at a time 3 times a week. I loved FEAST especially at the end when we were playing Stoner Sludge Metal and had finally figured out how to record. After that band ended I was playing with Nathan and friends at home and didn't want to do anything else. It took a while for my brain to want to play Excepter. Now it's good to be truly free and with the other weirds. You are an Excepter or you're not an Excepter whether you started playing yet or not and really we're all Excepters.

Were you and Nathan a couple when you joined?
Yes and we had already been playing together as LAKE for a while before, also as eyelasher. We can play loud at home whenever we want which is great.

How were you each recruited?
I think Jeff told me a bunch of times I could play when I wanted, then at some point I just did and now I always do.

The music is improvised, and then edited later by Jeff - are the rest of you consulted on edits, or do you hear the album when it's done?
It's true that Jeff has the final say. That makes everything so easy. I can vary my participation in different processes in the band as it suits me and nobody's ever given me grief. After being a dancer and in heavily rehearsed and composed projects for years, the space is IT brother. I don't care about winning I just want to be free. Sometimes we talk about the feeling of the record or specific parts of it, we get the cuts he's worked out in advance so we can talk about it if we want.

Has this process evolved over time, or was this the arrangement when you joined the group?
It evolves with changes in instrumentation; a new instrument can become the leader and tell the group what to do. The lasting effects of various tour vibes; usually great! We tour in high style with giant burgers and become a freedom force. There's nothing like it and it makes the music enormous. The number of shows in a time period effects how tight our web is woven.

Can you describe the negotiations (spoken and unspoken) that determine the course of a live set?
Sometimes Nathan and I listen to each other's beats at home before a show. We're also listening to the same records at home before we leave. Sometimes the band works out a technical component like Porkchop [Jon Nicholson] and Nathan synching for the night. Sometimes Lala says that she's worked out some special spell. Jeff often has excited and explosive arm gestures followed by shyness that communicate his vibe for the night. I am always happy when I get to the club and I can tell what everybody is like, then we play. We listen to each other, I feel like we get along. I wait for openings. I try not to play or do anything unneccesary.

What was the experience of playing the 17-hour set on Election Day 2008 like? How do you prepare for, and "come down" from, something like that?
To prepare I chose my instruments. I voted in Pennsylvania at 6 am and then drove 4 hours to the club so I was a little late. The drive was amazing, I have video somewhere. I always know it's going to be dreamlike, the longer I play like this the less the number of hours matter. We could play from now until we die I think, we would just sleep and eat right there while the others kept it going. When you pause to eat you get really good ideas.
Posted by Phil Freeman at 11:13 AM
Labels: clare amory, excepter, the wire