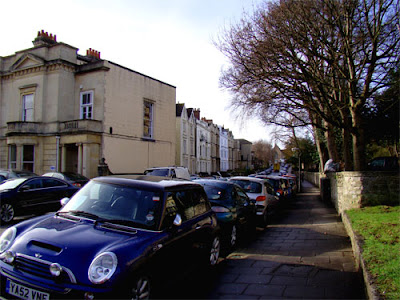 A street in Bristol. No, you could not own a Cadillac here even if you wanted to. 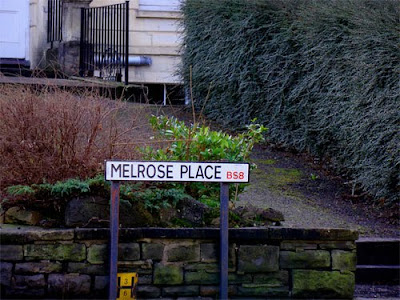 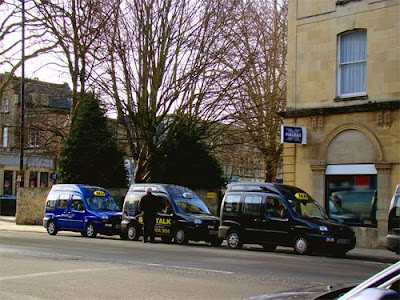 A row of taxis in Bristol. Note weird reflection in shop window. A ghost, perhaps? 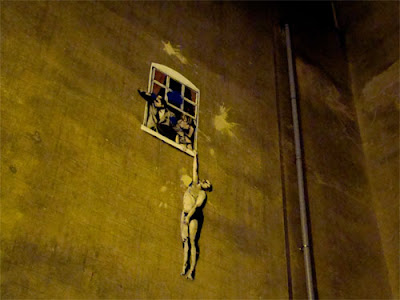 Painting by Banksy, splattered with blue and yellow paint by pissed-off local soccer fans (apparently he insulted them or the team at some point). This painting is 3 or 4 stories off the ground, and nobody knows how he got up there to do it; it just appeared one morning. 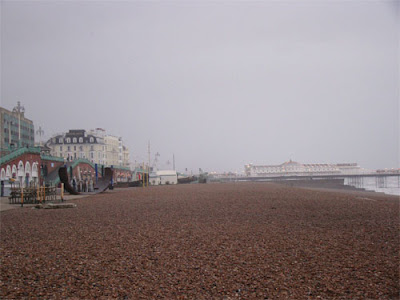 Standing on Brighton "beach," which is actually the British national rock collection. Kinda looks like Asbury Park, NJ, plus rocks. 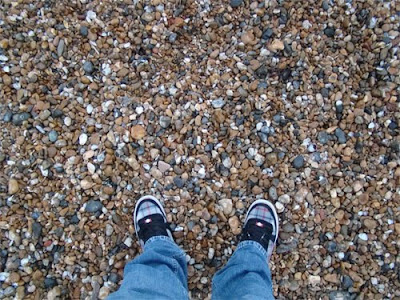 Me standing on Brighton "beach." I walked up and down this ground for the equivalent of about three blocks, and afterward, my feet were seriously aching. 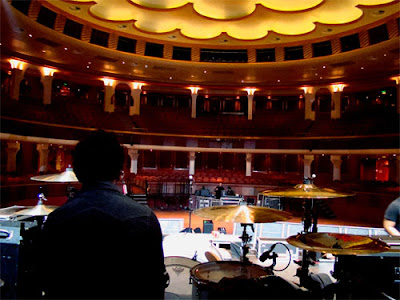 Inside Brighton Dome, a really cool concert hall. The guy with his back to the camera is the drummer for the band I was following around. 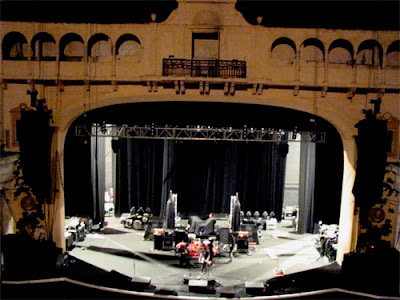 The stage at London's Brixton Academy, shot from the balcony (which is several stories above floor level). This place is huge and scary, originally a movie theater built in the 1920s. The floor (where the seats used to be) slopes downward toward the stage, and there are several big metal barricades erected in the middle of the floor which can really hurt you if you bounce off them.
Posted by Phil Freeman at 4:53 PM
Labels: england, photos

It's of the man standing by the taxi.

Yes, but he shouldn't really be visible in the shop window from that angle, or at least that's how it seems to me.