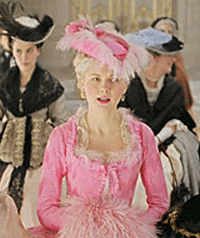 Notes:
1. This is the only Strokes song on my iPod; it's from the Marie Antoinette soundtrack.
2. This is the version where Iggy pretends to be a Detroit wrestling announcer before the song starts, and even if you cut that part off it's just an unbelievably over-amped version; it's hard for me to believe it wasn't the one chosen for the album, given the sheer ferocity of the guitar soloing. An utterly breathtaking piece of music.
3. It continues to horrify me that Degüello is out of print in the U.S. What the fuck is up with that?
4. I bought ScabDates the week it was released, because I'd seen the Mars Volta deliver a totally mind-roasting set at the Roseland in May '05; they were like a combination of Miles Davis's Agharta band, Afrika 70, and the Santana band from Lotus. But something went horribly, horribly wrong between the actual live performances the band is more than capable of delivering and the compiling of ScabDates, because it's a terrible album. They really should release the Roseland show as a 2CD set (as I recall, it was slightly under three hours of music). I wonder if there's a bootleg...
5. This is a ridiculously addictive 11-minute slab of Afro-funk, that starts off with a sort of droning noise I can't exactly identify, but it reminds me a whole lot of Aretha Franklin's equally addictive "Rock Steady." It's the first track on Lagos All Routes, one of a pair of killer compilations put out not long ago by Honest Jons/Astralwerks. The other one's called Lagos Chop Up. Go get 'em both.
6. The version from Live/Dead.
Posted by Phil Freeman at 7:23 AM