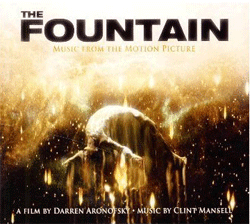 KRONOS QUARTET & MOGWAI
The Fountain: Music From The Motion Picture
Nonesuch
Clint Mansell's music frequently emphasizes repetition, making him an excellent sonic partner for director Darren Aronofsky, whose movies utilize looping structures and repetitive sequences to emotionally devastating effect. On this disc, Mansell's use of British indie-art band Mogwai alongside classical hipsters the Kronos Quartet allows him to be simultaneously ominous and romantic. None of the pieces seem cued to cinematic action; none fail without visuals. The tracks blend into each other, giving the CD a symphonic grandeur. The eight-minutes-plus "Death Is The Road To Awe" is the highlight, bringing the quartet, the band, and a choir to a roaring crescendo reminiscent of Spiritualized at its best. Following this overwhelming emotional and sonic achievement, the solo piano piece "Together We Will Live Forever" permits all that has come before to drift slowly away, like the steadily weakening shockwaves from an underwater explosion. 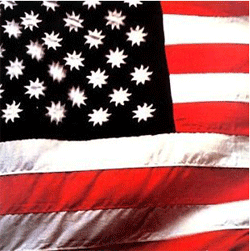 SLY & THE FAMILY STONE
A Whole New Thing
Dance To The Music
Life
Stand!
There's A Riot Goin' On
Fresh
Small Talk
Sony/Legacy
Comprehensive reissues of the Sly Stone catalog were long overdue. The domestic CD version of There's A Riot Goin' On, in particular, sucked. And while the two-CD Essential Sly & The Family Stone covers the major bases, even his anthems ("Everyday People," "Family Affair," "I Want To Take You Higher") benefit from the context the original albums provide.
Stone's music developed quite noticeably over the course of the first four albums. A Whole New Thing wasn't, really; Stone was combining funky soul with a tinge of melodic San Francisco psychedelia (and throughout his career, hippie-ism damaged his art worse than any drug), but it's a collection of songs rather than an album. "Let Me Hear It From You," the highlight, is a straight Stax-style ballad. Life, an experimental and relatively commercially unsuccessful album, finds Stone playing with a bunch of sounds others would be exploring a few years later—"Into My Own Thing," to name just one, sounds like the first Funkadelic album, only three years earlier. Dance To The Music and Stand!, the group's second and fourth records, find their style blossoming into its mature, hitmaking form. Most of the band's best-known songs are on these two discs, and the remastering Legacy's done makes them leap from the speakers. Then comes Riot, a murky, depressed repudiation of the previous four discs. Overrated for its darkness, it's powerful, but solipsistic to a fault. The follow-up, Fresh, is more exciting, combining the raw soul of the earlier discs with a crisp, new funk sound suited to the plastic gloss of the early '70s. After Fresh, though, it was mostly all over. Small Talk has a few decent songs, but it's a decidedly minor album, and about Stone's farewell disc, the now-ironically titled (and not part of this set) Heard Ya Missed Me, Well I'm Back, the less said the better. Also missing from this slate of reissues: a remastered Greatest Hits, which since it contains three of the band's greatest non-album singles ("Hot Fun In The Summertime," "Thank You (Falettinme Be Mice Elf Again)" and "Everybody Is A Star") is essential.
Posted by Phil Freeman at 9:15 AM