THIS WEEK IN THE VOICE 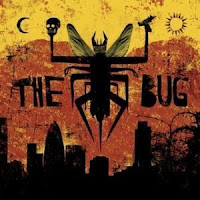 London's hip sound of the moment, dubstep, is in large part a rehash of what artists affiliated with the Brooklyn-based Wordsound label were doing in the late '90s: mixing floor-shaking dub basslines with eerie, atmospheric keyboards and cryptic spoken samples. So it's no surprise that Kevin Martin of Ice and Techno Animal is exploring the same territory on his latest album as the Bug. His first release under that name, 1997's Tapping the Conversation, was on Wordsound, after all: an instrumental "alternate soundtrack" to Francis Ford Coppola's 1974 film The Conversation, made in collaboration with DJ Vadim. Since then, Martin's used the name solo, producing another full-length album (2003's Pressure) and a string of singles and EPs offering crushingly heavy backing tracks for dancehall deejays like Paul St. Hilaire, Cutty Ranks, and his own discovery and favorite foil, Warrior Queen. The industrial-strength beats and blasts of atonal synth that Martin favors have almost nothing to do with "conventional" dancehall, but the bass levels are concussive/disruptive enough to provide a perfect foundation for the gun talk of which his guests seem inordinately fond. [Read the rest here.]
Posted by Phil Freeman at 10:04 AM