Published this in the Village Voice almost a month ago and forgot to link it here...enjoy! 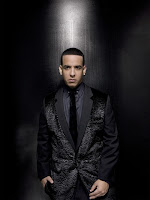 Reggaeton's in a weird but kinda awesome place in 2010. The raw, adrenalized dancehall-in-Spanish sound that vaulted into the mainstream pop consciousness back in 2003 (in large part propelled by two swaggering Daddy Yankee singles, 2004's "Gasolina" and 2005's "Rompe") is all but gone, replaced by a fragmented but ambitious style that can encompass the omnivorous, smirking cultural juggling act of Calle 13, the culturally conscious electronica of Tego Calderón, and . . . science-fiction club tracks?

Yes, the dominant sound of reggaeton in 2010 is futuristic electro-trance. The major artistic statements of the past couple of years have emerged from two artists: Powerhouse duo Wisin y Yandel, they of 2007's Los Extraterrestres and last year's La Revolución, remain lyrically pretty straight-ahead (as sticking to love and sex has allowed the duo to sell out arenas worldwide), though musically, especially on the latter album, they've delved into Euro-disco with thick, squelching synth lines. As did Don Omar's awesomely bizarre iDon, wherein the self-proclaimed King of Kings rapped about zero gravity on Kraftwerk-meets-Daft-Punk tracks like "Sexy Robotica," "Galactic Blues," and "Virtual Diva."

As for Daddy Yankee (real name: Ramón Ayala), he's always been a more complex and multifaceted performer than "Gasolina" and "Rompe" might indicate. His breakthrough album, 2004's Barrio Fino, packed plenty of the thunderous beats reggaeton fans demanded, but also showcased his sensitive side (and his English) on "Like You," and mixed in some salsa on "Sabor a Melao," a collaboration with Andy Montañez, former vocalist for El Gran Combo. His 2007 followup, El Cartel: The Big Boss, offered some pure reggaeton tracks and another "salsa-ton" song ("Ella Me Levanto"), but it was in large part a calculated pop move, a 21-track disc packed with guest spots by such ultra-street titans of Latin music as will.i.am, Fergie, Akon, and Nicole Scherzinger, with production and songwriting credits for both Scott Storch and Kara DioGuardi. Though it sold very well, artistically it might have been a step too far; heard now, it seems like less than the sum of its many, many parts.

Daddy Yankee may have thought so, too; on 2009's soundtrack to his 8 Mile–ish movie Talento de Barrio, he returned to a harder, more explicitly urban sound, limiting the guests to fellow Puerto Rican artists. And now, on Mundial, while he's once again doing much more than the aggressive rapping casual listeners know him for, he's also riding the waves of rapid change in Latin pop. Multiple tracks here abandon the trademark reggaeton rhythm entirely, opting for a thumping electro 4/4. But very few do just one thing at a time. "La Despedida" is a hyperactive merengue track, with Yankee singing through a vocoder up top; "Daría" finds him in full loverman mode, backed by a booming hip-hop beat and a guitar-and-accordion melody that's pure vallenato (folk music from northeastern Colombia); "Mintiendo Con La Verdad" brings the accordion back atop a merengue rhythm; "Grito Mundial" is a soccer anthem propelled by massive Brazilian drumming.

Perhaps the most surprising track on the disc, though, is "Vida de la Noche," which is pure Daft Punk techno, with Yankee singing, rapping, and shouting out Guns N' Roses. In keeping with the album's high-tech sound, the cover looks like a patch on an astronaut's sleeve. Although Daddy Yankee and reggaeton have both been moving in this direction of late, Mundial is still a surprising album—an alien that new listeners may be surprised to find themselves loving.
Posted by Phil Freeman at 9:53 AM
Labels: akon, calle 13, daddy yankee, daft punk, don omar, el gran combo, fergie, guns n' roses, kara dioguardi, kraftwerk, tego calderón, village voice, will.i.am, wisin y yandel