IT ALL STARTED WITH GEORGE 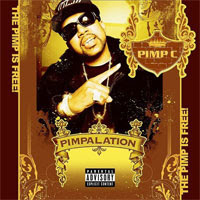 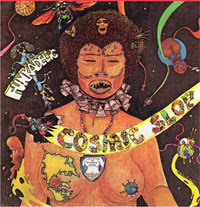 I bought Pimp C's Pimpalation yesterday (no real reason why, I was just browsing around in Best Buy prior to pillaging the 4th & Broadway Tower Records for whatever I could find, which turned out to be just under 60 CDs and DVDs for just over $200), and like many Houston rap releases of late, it came as a 2CD set with the "Screwed & Chopped" version as Disc Two. The only other one of these twofers I've actually bought was Mike Jones's album, but that was more enjoyable than I'd predicted it would be (I only bought it after "Still Tippin'" worked its way into my skull over a period of several weeks of repeated encounters on MTV), so I figured it was worth another shot.

Both discs are good, and I'm thinking about also picking up Project Pat's Crook By Da Book: The Fed Story and Z-Ro's I'm Still Living, tomorrow, before I go home for a week's "vacation." The point of this post, though, is that I started listening to the intro track to the screwed & chopped disc last night, while walking from the subway toward Penn Station, to catch another train back home, and between the slowed-down voice, the equally-slowed-down electric guitar riff in the background (the first song samples Tom Petty's "Free Fallin'") and DJ Michael Watts' narration, which is all about Pimp C's recent release from incarceration...well, the whole thing reminded me of Funkadelic's "March To The Witch's Castle," from Cosmic Slop. The same feeling of resignation, bleak horror, and depression hangs over both tracks, even though Watts is clearly attempting to conjure a mood of celebration. And when Pimp C tries to get celebratory on the song "I'm Free," it seems unconvincing. I think Houston rap might be the new Goth, as far as lyrical fatalism and despair is concerned.
Posted by Phil Freeman at 11:38 AM

UGK were heavily influenced by the first three Funkadelic records, especially early on. if you haven't checked out the three key UGK records yet (Super Tight, Ridin' Dirty, and Dirty Money), you really should, they're far better than any of the Houston discs you mentioned. their new one is finally supposed to be coming out in February, first real release since 2001, and my most-anticipated rap record in a long long long time.