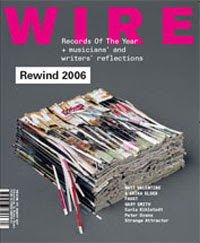 ALEXANDER VON SCHLIPPENBACH
Twelve Tone Tales Volume One
Twelve Tone Tales Volume Two
Intakt
A confession: I don't understand twelve-tone theory. I looked it up on Wikipedia once, but by the time I got to the retrograde inversion, I was already yawning. And while this may well mark me as barely one step above a bug-eating ape, I don't care. Neither should any prospective listener allow self-doubt to keep them from exploring this pair of solo piano CDs. They sound great whether you approach after years of brow-furrowing study, or hear them after being raised to adulthood alone, in an unlit basement with absolutely no instruction in rudimentary human social skills, let alone the niceties of improvised and 20th century classical musics.

Schlippenbach sticks to keys and pedals throughout; no string-plucking or foreign objects to throw off anybody less than fully versed in avant garde pianistics. Occasional high-speed workouts like "LOK 03," which closes Volume One, are balanced by the title track and its three variations - each is as graceful and beautiful an exercise in balance as a cat crossing a ladder between two skyscrapers. The standards that close the set offer a 20 minute comedown from the occasionally stark heights scaled during the previous 90-100 minutes. They also serve as reminders that Schlippenbach can swing pretty hard when he wants to.

CONRAD SCHNITZLER
Trigger Trilogy
Important
Conrad Schnitzler began his musical career in Tangerine Dream, though he left after their debut CD, forming Kluster with Dieter Moebius and Hans-Joachim Roedelius. He quit that group after three albums, and since the mid-70s he's been the creepy guy down in the basement, flinging cassettes and CD-Rs this way and that. A lot of his releases have titles that begin with "Con," but there's no scam to his scheme; he's just the Bartleby of the avant garde. Tour? Do press? Collaborate? He would prefer not to.

This triple helping of untitled electronica comes in eye-popping packaging. Each disc, if you believe the press release, was composed using slightly different methodology, but given the sameness of the CD layouts and the lack of information included with the item itself, it's safe to assume the sounds, not the means of their creation, are the point.

Disc One, "Solo Rhythmics," features Techno tracks so minimal they make Basic Channel sound like Gamble & Huff. Each thumps and hisses, crackles and zooms and eventually hums away into the void, subtly filtered into the next. Disc Two, "Mix Solos," is less pummeling and more interactive, the tracks blending into each other more seamlessly, even as they differ in style. Some sound like burbling and hissing 70s movie soundtracks, while others seem to come from a decade later. The stylistic shifting, between discs and from track to track, give the music a somewhat timeless feel, as long as one understands time to have stopped around 1985.

Disc Three, "Con-Cert," includes some eerily Autechre-esque moments, as well as some stuff that could have been culled from his earliest released recordings. That's the trouble with hermits - they tend not to notice that the world has kept on turning while they've been inside. Still, each of these CDs has an unsettling quality that, over the long haul of repeated listening, turns into something a lot like fun. Whether the maker intended his product to be greeted by anything so vulgar as listener enjoyment is a question destined to go unanswered, though.
Posted by Phil Freeman at 12:12 PM

Are you serious about this? Was this stuff edited out by The Wire???