LAST OF THE YEAR-END STUFF 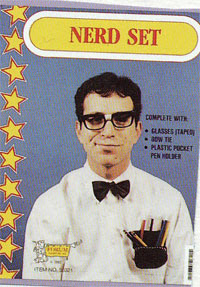 I was asked to vote in one more year-end poll, being run by Voice jazz reviewer Francis Davis. Apparently the pool of voters is pretty small - only about 40 writers - so it's either gonna represent a really narrow consensus or a totally scattershot array of highly individualistic picks. My money's on the former; jazz is pretty arid lately. Anyway, here's what I submitted:

I was also asked to choose the best jazz vocal album of the year, but I didn't listen to any. I hate jazz vocal. Always have. Somewhat similarly, I defaulted the Shot x Shot disc into the "best debut" category, because, though it probably reflects very poorly on me indeed, I didn’t pay much attention to new artists this year.

So that's it. I'm officially finished assessing 2006. I can now move on to a solid two weeks or so of listening to music for pleasure, before I have to start logging new shit for next year's survey consideration.
Posted by Phil Freeman at 8:45 AM