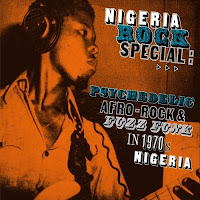 There's more new music being produced now than at any time in the past, but most of it sucks. So the hip and jaded are forced to dig through the dustbin of history for long-forgotten hunks of awesomeness. This has led to a sizable reissue-and-compilation industry, and lately the Nigerian music scene of the mid-'70s is the hot zone of choice. If you're only familiar with Fela Kuti and King Sunny Ade, get ready for an avalanche. Between 1970 and '75, Nigeria came out of a war with Biafra and enjoyed a boom in its oil industry - consequently, people wanted to dance, party and rock out, and bands all across the country sprang up to soundtrack the revels. 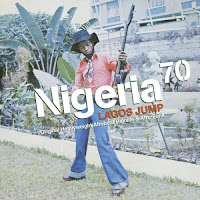 As its title implies, Nigeria Rock Special is loaded with fuzzed-out guitars, cracking snare drums and Westernized rhythms - "Another Man's Thing," by Joe King Kologbo & His Black Sound, is practically garage punk, and Ofo The Black Company was Nigeria's answer to Funkadelic circa 1972. Nigeria 70, a sequel to an out-of-print 2001 set, is funkier and more focused on lilting highlife grooves (plus some reggae on Chief Checker's "Africa Irie"), but tracks like Eric (Showboy) Akaeze & His Royal Ericos' 10-minute "Wetin De Watch Goat, Goat Dey Watcham" will put you in a hip-swiveling joy-trance. These sets' compilers deserve a Nobel prize.
Posted by Phil Freeman at 12:25 PM