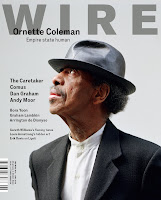 I've been listening to Ornette Coleman for about 16 years at this point; I bought Change of the Century shortly before the Beauty is a Rare Thing box was released, whereupon I bought that, too. I have the following Ornette albums in my iPod right now, today:

The Art of the Improvisers
Body Meta
Change of the Century
The Complete Science Fiction Sessions
Crisis
Dancing In Your Head
Friends & Neighbors
In All Languages
Of Human Feelings
Opening the Caravan of Dreams
Ornette On Tenor
Ornette!
The Shape of Jazz to Come
Sound Grammar
Sound Museum: Hidden Man
Sound Museum: Three Women
This is Our Music
To Whom Who Keeps a Record
Town Hall 1962
Twins
Virgin Beauty

I don't have Free Jazz in there, no. I like it, but I don't need to listen to it that often, plus it's kind of a slog; on the other hand, I can shuffle through the tracks from all those other albums while walking around, going about my daily business, and pretty much never come up with a dud. I used to put the Beauty... discs on when I was working, all alone, in an auto parts warehouse about 15 years ago. That's how I became obsessed with Ornette's music, by hearing that lightning-fast, unbelievably swinging rhythm and those looping, spinning, crying solos all day long. I've seen him play Carnegie Hall twice, in 2003 and 2005, and now I've been to his New York apartment and interviewed him. He signed my Beauty... booklet when we were finished talking, and even gave me some signed sheet music - to "A Girl Named Rainbow," a piece he never recorded himself to my knowledge, but which Andrew Cyrille and Maono included on their Special People album in 1981. Did you know it has lyrics? I didn't either.

Anyway, I've done a lot of features for The Wire (this is my fifth cover story for them, and I've done two other pieces I think should have been the cover; my Noah Howard feature was in the January 2006 issue, so it was bumped for "Rewind" coverage, and I can understand that, but Mark Stewart over Bill Dixon last year? Musta been an English thing), but this might be the one I'm proudest of - it was definitely the one I was most excited about going in. When my editor, Chris, called me and offered it to me, I almost started literally jumping up and down in my kitchen. I'd interviewed Ornette once before, but that was just a brief phoner when Sound Grammar came out two years ago. This was the chance to really talk to the guy, in person and at length. (And, as it turned out, to have chocolate cake with him and his son and drummer, Denardo.) And it was just as phenomenal an experience as I'd hoped it would be. Ornette is one of the nicest people I've ever met and/or interviewed - interestingly, Charlie Haden probably runs a close second. Once you get attuned to his logic, and the way he tends to speak in metaphor rather than come right out and answer a question with facts, he'll tell you everything you want or need to know.

I'm really proud to have this piece out there. Ornette Coleman's a brilliant musician, a genuinely swell fellow, and a damn national treasure. Go buy this issue of The Wire, please.
Posted by Phil Freeman at 10:32 AM