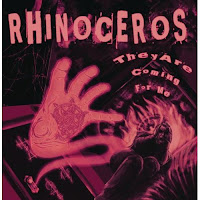 RHINOCEROS
They Are Coming For Me (Eulogy)
This Buffalo, New York-based straight-edgers like their hardcore old school. Their sound predates the Hatebreed worship of their Eulogy labelmates, all the way back to the glory days of Sunday matinee shows at CBGB. Vocalist Joe Riverside has a harsh, ranting style descended from East Coast legends like Agnostic Front's Roger Miret and Breakdown's Jeff Perlin--every word is a perfectly enunciated accusation. Guitarist Greg Styliades offers buzzsaw riffs, pick slides and shards of feedback and distortion in the mold of Sick Of It All and Gorilla Biscuits, while only rarely heading into the downtuned territory far too many of their cookie-cutter peers call home. Bassist Ian Pless even gets a solo intro on "Choices Made," and Aaron King's drums sound like wooden boxes filled with cement. This band's only been together since 2006, but their sound is straight from '88. 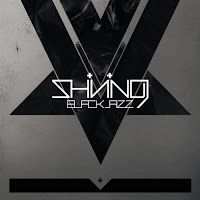 SHINING
Blackjazz (The End)
Norway's Shining mix industrial and metal into an unholy screech that takes elements from Nine Inch Nails' Broken EP, Meshuggah's Nothing and the collected works of Magma and King Crimson (this album includes a hellish version of KC's "21st Century Schizoid Man"), plus ultra-distorted, shrieking vocals and skronking saxophone. It's a major leap into the abyss for the band; their last two discs, 2007's Grindstone and 2005's In The Kingdom Of Kitsch You Will Be A Monster, had their ferocious moments, but there were stretches of gentle, jazzy melody, too. Blackjazz, by contrast, is fierce and unrelenting, a slavering beast of an album with the complexity and dissonance of the Flying Luttenbachers and the head-down intensity of upstate New York ultra-power trio Borbetomagus. Absolutely not for the faint of heart--or people with cranky neighbors.
Posted by Phil Freeman at 9:37 AM
Labels: agnostic front, borbetomagus, flying luttenbachers, gorilla biscuits, king crimson, magma, nine inch nails, rhinoceros, shining, sick of it all