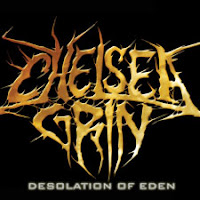 CHELSEA GRIN
Desolation of Eden (Artery/Razor & Tie)
Salt Lake City-based six-piece Chelsea Grin have all the deathcore basics down. The galloping, triggered double-bass drums; the pinched squeals of guitar at the end of downtuned riffs; the ultra-low breakdowns; the vocals that alternate gut-churning growls with witchy screeches. That's all superficial, though. What's important is what's uniquely theirs, and that's the feeling of ominous suspense that underpins songs like "False Sense Of Sanity" and the album's title track. The rhythms aren't so much blast beats as tribal throbs, and the riffs come in slow like bombers above an unsuspecting city pre-dawn. The guitar solos aren't spurts of fretboard overstimulation; they're almost the opposite, slow-burning interludes of relative peace not unlike those played by Meshuggah's Fredrik Thordendal (minus the brain-crushing technicality, of course). This is an assured debut by six youngsters with bright futures. 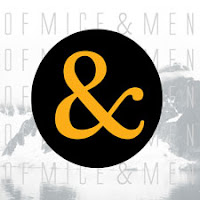 OF MICE & MEN
Of Mice & Men (Rise)
Yes, Of Mice & Men were formed by the former Attack Attack! frontman Austin Carlile. You should keep reading, though; they're nowhere near as awful as that implies. OM&M don't break any new ground--fans of overwrought screaming that leads into piercingly shrill clean vocals, ultra-percussive guitar riffing, and breakdowns every 30 seconds or so will find a slot for this right alongside many similar discs by similar acts. But a few of their attempts to stretch out slightly come off well; the piano at the end of "Second & Sebring," not to mention Carlile's softly crooned vocals that nudge into Coheed And Cambria territory, make it more than a typical screamo riff-display. These guys don't have a damn thing new to say lyrically, and they haven't reinvented (or even re-treaded) the wheel musically, but they're not bad. 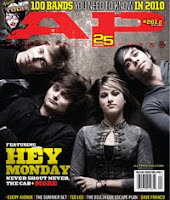 The new print edition is out, too, and I've got some stuff in there. In the 100 Bands You Need To Know In 2010 omnibus cover story, I write up Circle of Contempt, Parkway Drive and Stray from the Path; and in the review section, I cover the new discs by Dark Tranquillity and Sigur Rós frontman Jónsi.
Posted by Phil Freeman at 8:02 AM
Labels: attack attack, chelsea grin, circle of contempt, coheed and cambria, dark tranquillity, fredrik thordendal, jónsi, meshuggah, of mice and men, parkway drive