THIS MONTH IN ALTERNATIVE PRESS 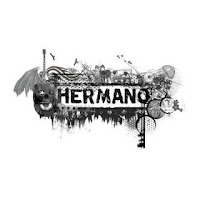 HERMANO
...Into The Exam Room
Regain
Kyuss, for all their greasy, sand-in-the-gears riffage, were one of the smartest bands in rock history - if the projects their various ex-members have initiated ex post facto are any indication. Former Kyuss drummer Brant Bjork's deceptively simple albums under his own name, as well as the new wave-tinged Brant Bjork & The Operators, are brilliantly confident. And pretty much everybody on Earth worships Josh Homme and Queens Of The Stone Age, right? Well, vocalist John Garcia's Hermano have been doing very solid work to less acclaim than they deserve. ...Into The Exam Room, their third disc, has plenty of thick, bluesy grooves and coruscating noise guitar, but it also features funny little taped bits (children laughing, a guy shouting "You've got it in neutral!") and curlicue melodies. If you're not at all interested in stoner bands who just want to crush you under their mud-encrusted wheels, Hermano will please you. 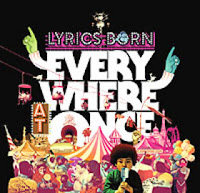 LYRICS BORN
Everywhere At Once
Anti-
Lyrics Born, like most non-hyphy rappers from the Bay Area, is almost too smart for his own good. Subsequently, he fits in well at Anti-, a label dealing equally in bands with hipster (Neko Case, Xavier Rudd) and hippie (Billy Bragg, Antibalas) appeal. This is LB's first studio recording to feature his band instead of the usual samples and laptop programming. It's a fun album, full of off-kilter, electro-tinged grooves. Trouble is, backpacker/conscious/positive hip-hop is every bit as clichéd as the most unthinking gangsta rap. Most of the songs are about girls or how hard Lyrics Born has worked to get where he is - which beats talk of bubbling beakers, gunfire or diamonds, but gets just as tiresome over the long (18 tracks, including skits) haul.
Posted by Phil Freeman at 8:16 AM