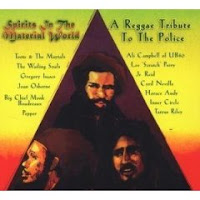 VARIOUS ARTISTS
Spirits In The Material World: A Reggae Tribute To The Police
Shanachie
Okay, sure; that album title tells the whole story, and it's either gonna send you running in the opposite direction, or you've already called up Amazon on your browser. And to be honest, the former choice seems like the wise one; if the ultra-cheesy keyboards on Ali Campbell's version of "Every Little Thing She Does Is Magic" don't drive you away, then Joan Osborne's sleepy delivery on "Every Breath You Take" probably will. And lest ye think only the white performers are being singled out, Lee Perry's "Invisible Dub" of Horace Andy's "Invisible Sun" is no better. Here's the thing: the Police had a good idea, which was to incorporate reggae as one element of its sound, while keeping the whole thing stripped down and edgy. These over-arranged, cruise-ship grooves and hippie-singalong vocals just wind up turning what were once fairly propulsive post-punk pop songs into lowest-common-denominator cheese. 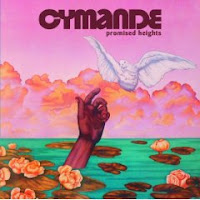 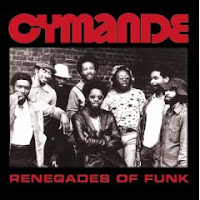 CYMANDE
Promised Heights
Renegades Of Funk
Newhouse
These two discs compile pretty much the entire recorded output of an overlooked British Afro-funk outfit from the 1970s. With members hailing from Jamaica, Guyana and the island of St. Vincent, it won't surprise anyone to know that their music has a tropical lilt, with bongos and other percussion dancing delicately around the edges of the pulsing basslines, smooth horn solos and almost reggae-like lead vocals. The band also incorporated jazz and a little bit of rock into their funky sound, which made at least one of their songs - "Bra" - an immortal hit, sampled and cut up by one hip-hop DJ after another from the late '70s until today. What repeated listening to these compilations reveals, though, is that much like a bunch of second-tier '70s hard-rock bands, Cymande's collected works are of interest primarily to total diehards. They're enjoyable, but bands from War to Mandril (never mind titans like Funkadelic and Earth, Wind & Fire) provide significantly more raw listener pleasure - not to mention surprises - per disc.
Posted by Phil Freeman at 9:04 AM