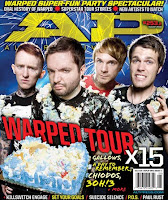 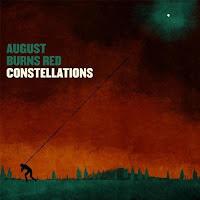 AUGUST BURNS RED
Constellations (Solid State)
File under: Metalcore without the -core
Pennsylvania-based metalcore band August Burns Red get harder and heavier with each release. Constellations begins with a drum roll and pick slide straight off a Disfear album, and things don't slow down much from there. This is a fierce, punishing album loaded with muscular breakdowns, screaming guitar leads and ass-kicking double bass drum thunder. ABR attempt sensitivity by ending "The Escape Artist" with some delicate piano, but it doesn't really suit them, so the band otherwise let fury have the hour (okay, 47 minutes). If they continue to up the heaviness stakes each time out, August Burns Red will be a band to watch - preferably from a safe spot at the edge of the pit - for quite a while. 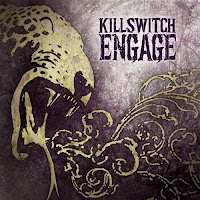 KILLSWITCH ENGAGE
Killswitch Engage (Roadrunner)
File under: Metal holding actions
The fact that Killswitch Engage self-titled their fifth album provides a clue to the sounds contained within. Killswitch Engage is a concise encapsulation of everything KSE do well, with no real filler and an obvious single in "Take Me Away." It's a meat-and-potates gutar-bass-drums record; some tastefully melancholy piano on the album-closing "This is Goodbye" is one of the few instrumental adornments. No special guests, no cover songs, no guitar solos; Killswitch are playing to their strengths, from guitarist Adam Dutkiewicz's masterful production assistance to Howard Jones' vague-yet-meaningful lyrics. The melodies are uniformly strong, even if one or two of the choruses seem a little tacked-on. "Save Me" is the worst offender in this regard, with a chorus so underpowered it threatens to derail the song. But there are also some pleasant surprises. The rhythm section gets a well-deserved spotlight on "Starting Over"; and "Light in a Darkened World" demands social engagement from the listener, a counterweight to the emotional navel-gazing of the majority of the songs. This album isn't going to change the way you think about metal, but Killswitch Engage aren't Mastodon; they just want to get the pit going, and this album will surely accomplish that.

Q&A WITH KILLSWITCH ENGAGE VOCALIST HOWARD JONES
This is a stripped-down, straightforward album. Is there anything you think will surprise longtime fans?
We sorta do what we do, and we really try to push what we do to the best of our abilities. We tried to focus on songwriting and vocals. I don't know if we'll really surprise anyone, but we touched on a few different things lyrically; and vocally, there are definitely things I haven't done before, just really cutting loose on some of the singing. We didn't turn into a pop band or anything.
What did producer Brendan O'Brien bring to the sessions?
Working with Brendan and Adam, I definitely got different ideas and got to try some different things. [O'Brien] definitely helped with the structure of some of the songs, saying, "Strip down this part of the song," or "Add this." He had really good ideas, and [when I was] coming up with some of the ideas for melodies, just saying, "Hey, add this to it," he came up with some stuff I really hadn't thought to try, so it was cool.
"Take Me Away" seems like a really obvious rock-radio single. Was that something you thought about when the song was being written and recorded?
Nope. Joel [Stroetzel, guitar], he's pretty much the metalhead of the band. He wrote it and we were all pretty surprised, like, "Wow, where did that come from?" When I heard it, it was an obvious fit for me. If it becomes something, that'll be a surprise. But it was just another example of us trying to step out and push what we do. There were no real thoughts of it becoming "the radio song."
A lot of the songs seem to have strong emotional content. What's your approach to writing lyrics?
I try to make them personal but somewhat vague. I kinda write a story and hope that people can graft onto it and take what they want from it. But I really try to make it easy to digest.
Can you talk about the song "Light in a Darkened World"? It seems to be outside of your usual personal territory, talking about social engagement with the larger world.
Once again, it's kind of like, "Take what you can from it." If you can make a difference in the world, go for it. Lord knows, we need somebody to stand up and change something, not just [President Barack] Obama. So yeah, it's not really a political song - I just wanted to mention Obama.
Posted by Phil Freeman at 7:57 AM