[Can you spot the gigantic factual error in one of these reviews?]** 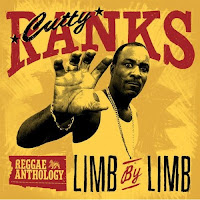 CUTTY RANKS
Limb By Limb
17 North Parade/VP
Cutty Ranks is one of the toughest of all danceahall deejays. From his debut single, "Gunman Lyrics" (which closes this two-disc career overview), to recent collaborations with industrial-strength UK producer The Bug, his raw-throated delivery and sex- and violence-packed lyrics have made him one of the most exhilarating and intimidating figures in Jamaican music. However, as this compilation reveals, Cutty is more thoughtful than his biggest cuts - "The Slaughter," "The Bomber," "Press The Trigger," "Limb By Limb" - imply. Collaborations with some of Jamaica's most romantic crooners, including Dennis Brown, Wayne Wonder and Beres Hammond, might seem incongruous, but the pairing of Ranks' toughness and bluster and the singers' seductive sweetness is compelling. And the four tracks here where Ranks teams up with Marcia Griffiths, one of the greatest and most revered female voices in all of reggae, are brilliant and affecting, particularly "Really Together," which finds Griffiths revisiting one of her classic 1960s hits. She even manages to get Ranks to let his guard down somewhat, and deliver a pure love lyric, with no gun talk or "slackness" (raunchy sexual bragging). The occasional embarrassingly '80s keyboard sound aside, this is an ideal introduction to one of dancehall's true legends. 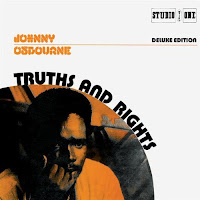 JOHNNY OSBOURNE
Truths And Rights
Heartbeat
Johnny Osbourne is probably best known to casual listeners for "Under Mi Sleng Teng," a genuine classic of dancehall and source for one of the greatest rhythm tracks of all time, verisoned what seems like a thousand times by nearly as many artists. On this 1979 album, he was only beginning to achieve the popularity he'd enjoy in the decades to come, and dancehall wasn't as synthetic and digital as it would later become as technology improved. So his rich, soulful voice is heard atop classic Studio One instrumental tracks (some dating back as far as 1967) that had once served Al Campbell, Alton Ellis, the Heptones and others. The lyrics are fairly straightforward love songs and hymns in praise of Jah, and the music is always soulful and conducive to slow, steady dancing: "We Need Love" is driven by an organ groove worthy of Al Green's early 1970s classics. The aggression that would come as dancehall became more influenced by hip-hop is nowhere to be found here. The original album's 10 tracks are augmented by six bonuses, including a dub version of "We Need Love" (retitled "Luanda") and three extended mixes. This is a killer set of summertime reggae. 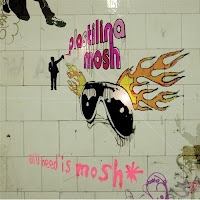 PLASTILINA MOSH
All U Need Is Mosh
Nacional
Alejandro Rosso and Jonaz, the duo known as Plastilina Mosh, exemplify the contradictions, blurring and culture-jamming that make up the contemporary Latino experience. Their music mixes overtly '80s-influenced electronica with liquid funk basslines, rock guitars, samples and smarmy rapping in both Spanish and English. Their keen sense of irony and all-encompassing tastes make their work a mixed bag, both stylistically and qualitatively. The drum-machine garage-punk of "Let U Know" is balanced by the smirky, vacuous name-dropping of "My Party." Since the last release, the core duo has hired full-time instrumentalists and the (female) drummer occasionally sings and raps like a bilingual cross between the Tom Tom Club's Tina Weymouth and the Donnas' Brett Anderson. The disc's absolute high point is "Danny Trejo," a bilingual tribute to the most badass Mexican-American actor of all time. Plastilina Mosh aren't as smart as they think, but this album is good summertime fun.

**That's right, "Under Mi Sleng Teng" was by Wayne Smith; Johnny Osbourne's version, over the "Sleng Teng" rhythm, was "Buddy Bye." I blame my iPod, which had the credits reversed ("Buddy Bye" to Smith, "Sleng Teng" to Osbourne) when I was writing the review.
Posted by Phil Freeman at 7:23 AM