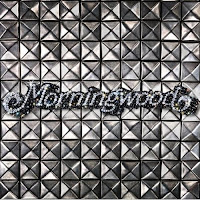 Three years after their self-titled debut, Morningwood are back with a second heaping plate of sugary pop-rock. Frontwoman Chantal Claret remains a brassy broad in the mold of the Divinyls' Christina Amphlett and the Gossip's Beth Ditto, but there's a little bit of Pink in her, too - some of Diamonds & Studs' best songs ("Sugarbaby," "Best Of Me," "Bitches") blend guitars and synths in a way that recalls the swagger of Pink's underrated third disc, Try This. There's really nothing innovative about Morningwood's approach to songwriting; they work with three chords and a 4/4 beat like eight skidillion glam-rock and power-pop groups before them. A few surprises crop up, of course; the beat on "That's My Tune" is straight-up Gary Glitter, and "Three's A Crowd" is an ultra-smooth, electronic new-wave sex soundtrack. It's ultimately Morningwood's joy and danceability that vaults them ahead of the pack, though, which is why the mostly acoustic album closer "Cat In A Box" feels unnecessary and unwise. In these times of drab post-grunge groaners and pathetic screamo tantrum-throwers, it's up to a woman to front a rock band that remembers how to rock with a smile.
Posted by Phil Freeman at 11:02 AM