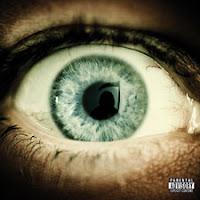 Throwdown started life as a straight-edge hardcore band, but a few years ago they made a left turn into Pantera-style groove metal. They weren't subtle about it, either; vocalist Dave Peters is a blatant Phil Anselmo imitator, and if the band's guitarist, Mark Choinere, had more talent, you can bet pinch-harmonic-dependent solos would be flying off their albums in every direction. Their new album, Deathless, finds the band working hard to broaden their stylistic parameters. Make no mistake, they haven't given up ripping off Pantera, but now they're ripping off several other bands as well, with "The Blinding Light" and "Serpent Noose" offering reasonably capable imitations of Down's swampy doom, while "Widowed" is an Alice In Chains-esque dirge on which Peters channels Godsmack frontman Sully Erna. On several other tracks, including "Burial At Sea" and album opener "The Scythe," he seems to be trying to be Mudvayne's Chad Gray. Whether all of this is an attempt to get on rock radio or just the manifestation of a collective identity crisis is hard to say. But it makes for a weird, if intermittently enjoyable, listen--it's hard to get into a song when you can't stop thinking about the other song it reminds you of.
Posted by Phil Freeman at 4:52 PM