RECENTLY IN THE WIRE 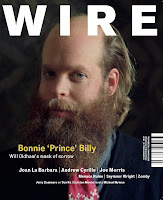 In the March 09 issue of The Wire (cover at left; on US newsstands now), I've got an "Invisible Jukebox" interview with guitarist Joe Morris. It was conducted (and the accompanying photos were taken) at the Zenbu Media offices, a few weeks before I was told Metal Edge was folding and I'd be cast out into the howling wilderness of freelancing, no health insurance, and all that other fun stuff. It was a very enjoyable interview; I hadn't talked to Joe face to face for a long time, though we'd recently done a phoner to discuss his playing on the new David S. Ware and Matthew Shipp albums (the resultant piece, for Jazziz, was featured in an earlier post). He's a good guy, highly intelligent and totally unpretentious. I just got a CD in the mail featuring him, John Voigt and Tom Plsek performing scores by Lowell Davidson (one of the artists we discussed for the Jukebox) that looks pretty great - I'm gonna check it out at first opportunity.

Anyway, here's a little chunk of the Jukebox piece; I'm not typing out the whole damn thing for you people. Go buy the magazine.

Grateful Dead
"Dark Star"
from Live/Dead (Warner Bros., 1969)
Is this the Grateful Dead? Yeah, I think I saw them in Watkins Glen right after this.
Is there any influence there, or are you strictly a jazz player in that respect?
No, no, I'm not strictly a jazz guitar player. I started playing the guitar in 1969, and first I played Beatles songs and Rolling Stones, and then I got into playing the blues and got into Hendrix and everything else. I saw Led Zeppelin on their first tour, you know? I saw the Dead play a couple of times, once in a horrible crowd with 650,000 other degenerate people on Seconals or something, it was horrible. But I never bought into the whole idea of it. I never did very well trying to be a hippy. I'm the kind of guy who would have been happy living in New York in 1940 and going to jazz clubs and drinking and wearing a fedora. This sort of collective jam thing of hippy stuff never did it for me. I had a lot of friends that were into the Dead and into Zappa, and I never really bought it. I was much more into blues, rhythm 'n' blues, funk and Hendrix, and then gradually I got into jazz and pretty quickly got into free jazz and free improvisation. When I was in high school, I was listening to Schoenberg and Xenakis and Varese, and I learned some of that stuff from listening to Frank Zappa records, but once I heard it, I didn't want to listen to the Zappa records that often anymore.

I've also got three CD reviews in that issue; here they are: 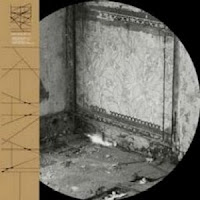 KHANATE
Clean Hands Go Foul
Hydra Head
Clean Hands Go Foul is both Khanate's final statement and their grandest achievement. For most of their existence, Khanate were overshadowed by one of guitarist Stephen O'Malley's other projects, Sunn O))). The group toured infrequently and were less prolific than that unit, but their cumulative artistic achievement was much greater. While Sunn create droning, oppressive moods which can be enjoyable to experience live - a Sunn performance is like installation art, a world you pay to stand around in for a while - their CDs simply don't reward home listening. Khanate present a much more active listening experience, and are destined to be far more influential on adventurous metal groups to come.
O'Malley, bassist James Plotkin and drummer Tim Wyskida have a bone-deep understanding of the tension and power inherent in the rock trio format, but it's their mastery of dynamics that launches them far outside the self-imposed limitations of doom metal, within which they're too frequently filed. They're much closer in spirit to Fushitusha than Black Sabbath. The four tracks on Clean Hands Go Foul include one of their shortest pieces (the seven-minute "Wings From Spine") and their longest ever, the nearly 33-minute closer "Every God Damn Thing." The instrumental tracks were improvised in the studio in 2005, with vocals seamlessly added later by Alan Dubin, Plotkin's former partner in OLD. The music contrasts overwhelming sonic force with passages of near silence, Dubin's anguished shrieks sometimes complemented and at other times swallowed by the instrumentalists' expressionistic, abstract interactions. Despite the absence of choruses, crescendos, solos or steady tempo, the songs are cohesive and hypnotic. It's impossible to stop the album in the middle - listening to it is like being caught in the gaze of a cobra. 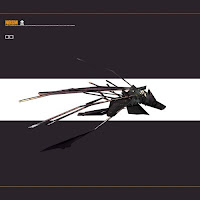 NOISM
+/-
Crucial Blast
There are many types of noise. There's the all-encompassing, mind-destroying roar of Merzbow (I remember a performance at Tonic where he tapped the space bar on his laptop and it instantly sounded like a jet was taking off in the room); the biting-on-tinfoil shriek of Prurient's tortured amplifiers; the anything-can-happen assaults of early Boredoms. Each has power, but none has the ability to drive the listener absolutely mad that Japanese duo Noism have displayed on this 21-minute, 12-track CD. Guitarist Yoshiro Hamazaki and drum machine programmer Tomoyuki Akiyama have found a way to combine grindcore, drill 'n' bass, breakcore and the manic arpeggios of Mick Barr (Orthrelm/Octis/Ocrilim) into an instrumental assault that is, while not without precedent, utterly discombobulating. Hamazaki's guitar is multitracked, heavily processed (probably both through pedals and after the fact), and his riffs are as fast as anything ever spewed out by Napalm Death or Pig Destroyer. Akiyama's beats are rooted in grindcore - the machine-gun barrages of Agoraphobic Nosebleed are an audible precedent - but slip sideways quite frequently toward territory previously explored on Dutch breakcore producer Bong-Ra's Full Metal Racket album. The end result is not unlike Francisco López's Untitled 104, on which he sampled and collaged death metal riffs and beats into a 40-minute sea of sonic punishment. Unlike López, though, Noism don't ease the listener in or provide respite afterward. No track here is longer than 2'12", and all blast from beginning to end. This is blood sport; you're either in or you're out. 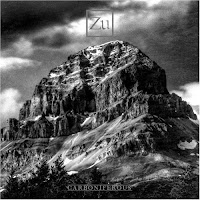 ZU
Carboniferous
Ipecac
The list of significant Italian rock/metal groups is pretty short: Goblin, Ephel Duath, UFOMammut and...? Tack Zu on at the end there. This power trio mix skronky jazz, No Wave, and Stooges-style pummeling into a swirling roar that's lured in numerous boldface guests, from Mats Gustafsson, Ken Vandermark, Han Bennink and Hamid Drake to Thurston Moore, Steve Mackay and, on this outing, Mike Patton (vocals on "Soulympics") and the Melvins' Buzz Osborne.
It's when they're ripping it up on their own, though, that Zu are strongest. Tracks like "Erineys" and album opener "Ostia" roar and thunder like a cross between Last Exit and early Painkiller, Luca Mai's saxophone sputtering and hog-calling over floor-shaking bass from Massimp Pupillo and Jacopo Battaglia's brutarian drumming. There are times when the riffs and rhythms resemble recent work by the Melvins - a group with two bassists and two drummers, remember. On "Axion," Pupillo hits his strings so hard and so fast, it's easy to imagine them swinging loose around his ankles as the piece ends.
It would be nice if Mai took more extensive, discursive solos, rather than spending so much time farting along like the late Mark Sandman from Morphine, but perhaps insecurity explains why he's brought in ringers like Gustafsson and Vandermark on other albums. Still, like the best albums by Neil Young & Crazy Horse, Carboniferous will make you think there aren't speakers in the world big enough to do it justice.
Posted by Phil Freeman at 11:41 AM