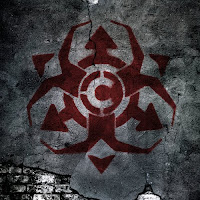 CHIMAIRA
The Infection (Ferret)
Chimaira made only one album as industrial-tinged nü-metallers before adopting their present metalcore/death-metal style, but like nude photos on the internet, a weak debut remains an inescapable albatross. Still, these cranky Clevelanders have gotten sincerely heavy and brutal on their three successive releases, and The Infection is a very solid effort. The keyboard bits and whispered vocals mostly add to the songs rather than drag them down, the riffs crunch emphatically and the drumming is simple, but effective. "Impending Doom" is a little too Slipknot-gone-mopey, but the guitars save it in the stretch. "On Broken Glass" is everything Chimaira do best - a pit-roiling riff, raw-throated howls from Mark Turner and a shout-along chorus. Although it's no artistic breakthrough, The Infection is definitely respectable. 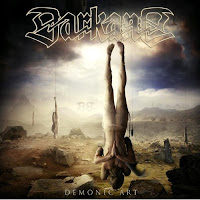 DARKANE
Demonic Art (Nuclear Blast)
Demonic Art marks the debut of new vocalist Jens Broman, but Darkane haven't changed their style much since bringing him on board. The band's combination of melody and crunch, plus synth-strings and epically wheedly-deedly guitar solos is as awesome as ever, and the high-speed Swedish death-metal sprints keep the listener's heart racing. The lyrics, though clearly enunciated, are basically ignorable, putting the onus on the aforementioned guitar solos. Points off for calling one of the songs "Impetious Constant Chaos," because "impetious" isn't a real word. (And we don't mean like how "conversate" isn't a real word, but people use it anyway; "impetious" isn't a word the way "cromulent" isn't a word.) Still, Demonic Art has enough epic power to forgive lyrical lapses. 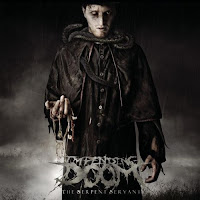 IMPENDING DOOM
The Serpent Servant (Facedown)
Sure, the stigma attached to "Christian rock" has been gone for a while, but Impending Doom take the "Christian music can be anything at all" idea and run with it. If you didn't know they were Bible-thumpers, they would sound like just another brutal death metal band. In fact, even once you know it, they still sound like just another brutal death metal band. Song titles like "Storming The Gates Of Hell" and the title track could just as easily appear on the back of a Morbid Angel album. The music is decent; there's some downtuned riffage that feels inspired by nü-metal as much as death metal, but generally speaking, they keep it fast and furious. Impending Doom aren't kings of their genre or anything, but they're better than Mortification.
Posted by Phil Freeman at 10:10 AM