I'm way behind on Learning Latin posts, what with all the Tackhead I'm listening to, and don't have time to go into a whole lot of detail, so I'm gonna bang out the three albums I listened to last week in quickie capsule-review style. Here we go! 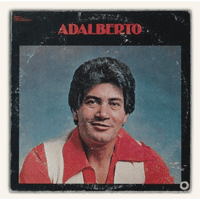 Adalberto Santiago's got a big voice that almost reminds me of a mariachi singer. Adalberto is a good, mostly upbeat album (except for "Luces de Nueva York") with some great, bright trumpet work by I don't know who. The only song I actively hate is "Las Puertas de Mi Casa." Checking Amazon, I see he's got an album called Adalberto Santiago Featuring Popeye El Marino, which cracks me up. I might have to try and get a copy of that one. 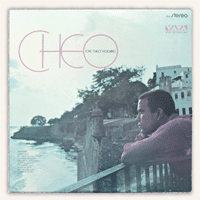 Cheo Feliciano's Cheo is even better. His voice kinda reminds me of Ruben Blades', but with more gravitas to it, and the slower songs, some of which bust out some almost-flamenco guitar, are the real keepers. Great timbales here, especially on the jazzy opening cut, "Ancaona," where they're paired against the vibes. Highlights: "Pa' Que Afinquen," "Mi Triste Problema," "Poema de Otoño." Very cool. 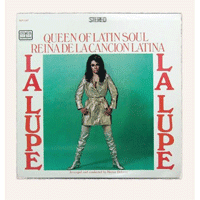 Finally, I'm back to obsessing over La Lupe again. Reina de la Canción Latina might be even heavier/more berserk/more world-crushingly awesome than La Lupe Es La Reina. She's in damn-near-unhinged territory from almost the first notes of "Amor Gitano," and the strings and horns back her up in full blare. She sounds like some dude might get stabbed to death in his sleep. What's weird is that in some ways this album is more tasteful and subdued than the other one - there's only two psychobilly-speed salsa numbers on it (four or five upbeat tracks in toto, but only two where the rhythm section sounds like their friggin' arms are gonna fly off, they're playing so fast), and a lot of big brass-'n'-orchestra ballads, and there's no Santeria track this time out. But then it all goes out the window with the berserk bilingual version of "Fever," which is, like, indescribable. Again, her accent makes Charo sound like Jane Seymour, but somehow this time it works better. It's official - I could listen to La Lupe all day long, and I'm definitely gonna seek out more of her stuff.
Posted by Phil Freeman at 1:45 PM

hi there, check out my tribute page on myspace. it's www.myspace.com/lupevictoriayoli

it has a complete listing of her albums.